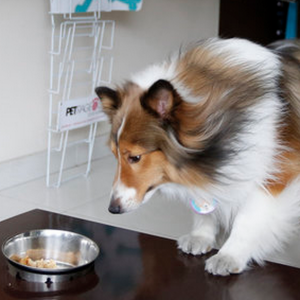 I have been waiting five years for this article:

I can’t tell you how many times we at JustFoodForDogs have received calls, provided quotes and been told by various media that an article like this was in the works only to have it evaporate just days or even hours before “going to print/air”. At $23 billion a year and growing, make no mistake – the pet food industry is plenty big enough to warrant the shenanigans we have all seen on 60 Minutes over the decades. Turns out if a company is willing to make pet food out of what would otherwise be thrown out it’s pretty darn profitable. Well, kudos to The Huffington Post and Zach Carter for having the moxie to say what needed to be said to the masses in a no-nonsense fashion. If you are feeding your dog from a can or a bag – stop. It’s bad.

I would only add two things – a) in the video below, produced and distributed by the FDA they state in no uncertain terms that there is, on average, more than one recall of pet food/treats every week in the U.S. Let that sink in for a moment. And b) Lest you think the poor quality ingredients and recalls are limited to the bottom tier brands take a look at just one from last month. Stella & Chewy’s “voluntary” recall after the state of Maryland issued a Stop Sale order when the FDA detected Listeria in the product. (You should know that all recalls in pet food are “voluntary”). Oh yeah, and before you dole out any credit for proactive behavior to the folks at Stella & Chewy’s notice that they announced the recall on Saturday the 4th of July. This may have been coincidence but one of the oldest tactics in the world of crises management/pr is to make “bad news” announcements over a weekend or on a holiday to minimize the press exposure. Which of course runs counter to the purported effort of “getting the word out” about the contaminated food.

Enjoy (if you can) the article.